Well, it has been awhile since I last sat down to post. Let's just say I had to take "a little bloggy break".  I think it was Father's day that had me all in knots. There were so many things I thought of posting and then I just couldn't.
You know it has been hard moving on...but we are doing it. We are doing it with his spirit always by our side.
However, those thoughts are still on hold and that is not what I came to talk about with you today:
Over the past 15 years I have been privileged enough to live with a boy I call my son, Stephen. Stephen is a giver. He is worker. He is a doer. He is smart. He is gentle. He is kind.
Stephen is always fixing things.

He is always helping, always pleasing.
It has always been the same, since the time Stephen was a just a little guy he would jump right in there and work... side by side anyone who would allow him too.

Grandpa and Stephen working on the pool pump... June 1997
With his green sippy cup tossed to the side, even at two years old, Stephen has always been eager to learn, to study, to help.

With his greatest teacher by his side......He learned.

He studied...He helped.
Now it seems he has the patients that has been past on to him from his teacher. While his little sister takes any opportunity to sit by his side Stephen patiently allows her to help...and he teaches, he waits, he helps, and then like he was taught... he does.

If "it" is broken Stephen will fix it. If you need help Stephen sees it.  Somehow, he just  knows. Standing over 6 feet 4 and still growing, this son of my mine, with the heart of a lion is truly a wonder. 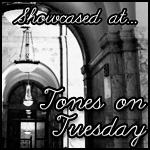 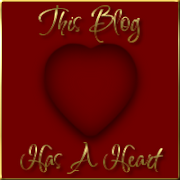